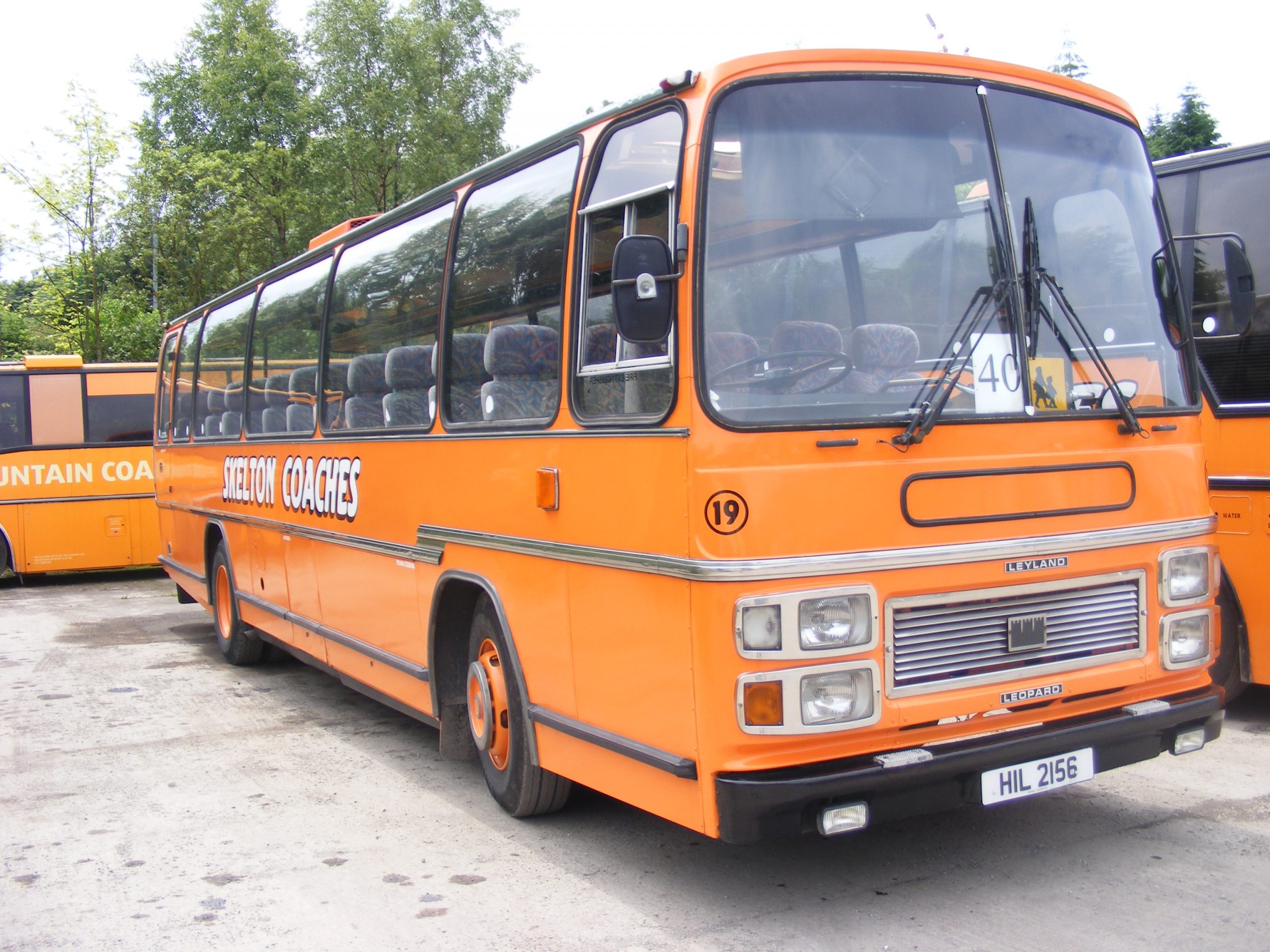 There has been many theories throughout the years that Teesside has Panthers and other such animals living in the wild in Teesside. In this latest blog we’re looking at “Wild Cats” in terms of Transport.
Independent operators in Teesside all had a varied fleet, the main stay of many a school bus fleet was usually a Plaxton bodied Volvo in the early years of 2008/2009 for a young bus spotter like myself, but by now most of the rare and interesting things such as Leyland Leopards/Tigers seemed a distant memory and the chance to see such fine machines would only be possible at Bus Rallies/Gatherings.

The first independents I stumbled across had plenty of “Wild Cats”. Skelton Coaches an independent operator in East Cleveland had a number of different Leyland Tigers in various states of restoration and some even in active use on school services. They even had EDC406V, Leyland Leopard Supreme formerly of Cleveland Transit. So I wasted no time in photographing these, of course it was amazing to see such a collection still in existence when most were gone

David Stainthorpe and his son Paul, who run Skelton Coaches of East Cleveland were more than accommodating towards enthusiasts and gave us a good chance to look around and tell us a bit about what they had. Leyland Leopard Supremes, Leyland Tigers with Plaxton bodies and even a Leyland Royal Tiger Doyen which were super rare to see! I wasted no time in photographing the vehicles and even took note of Paul who informed us some had been saved from a scrapyard.

So I’d already had my fair share of Wild Cats in Teesside when visiting Skelton Coaches, but things stepped up a gear when I was informed Richardsons of Hartlepool owned former Cleveland Transit Leyland Tiger/Plaxton sisters OIB3515 & OIB3516 and they were mainly used for school work, I had made two attempts already to see Richardsons of Hartlepool yard but it was all locked up and no access over the fence to see, but this one day I did visit, there was OIB3515 resting between school runs I managed to photograph it through the depot gates, another depot visit and I found a member of staff in and there was OIB3515 & OIB3516 surrounded by several new ford transit 16 seater minibuses and its replacement, a plaxton premiere. Richardsons kindly allowed me to photograph them and I was on my way.

Relief! I’ve caught all the tigers that are owned by operators in Teesside and that is that, or at least that’s what I thought… Until the day I gets a phone call off a friend at Croft Coach Travel, “Hey you want to see the new bus we’ve just got, Old Leyland it is” I thought he was pulling my leg! I often met with my friend Barry and would travel on some of the runs he was doing, it was good fun and a good opportunity to catch some of the fleet of Croft Coach Travel along with some of the other operators…

I couldn’t believe my eyes… A time when newer style Volvo/Berkhof and Volvo/Panther were coming in, there was a Leyland Tiger again, purchased with the intentions of doing school runs… My word! LIB6439 (B439RNA{) came via Pygalls Coaches of Peterlee to Croft Coach Travel at Stockton and stayed for a short period before it was sold on Ebay. It was a gardener engine rather than the usual Leyland TL11, the gardener engine wasn’t well sold outside of Scotland and very few operators opted for Gardener engined vehicles, however it would seem Mayne of Manchester who originally owned this vehicle certianly wanted to give it a go!

As I make this blog in 2020, Leyland Tigers as a school bus seem just a distant memory as PSVAR rules came into place resulting in many school runs requiring accessible coaches, with many operators opting for the former national Express Cateano Levante.

All those wild cats… Up to the scrapyard in the sky it would seem, or at least that’s what I thought until Kirkby Stephen 2019 when former Skelton Coaches HIL2156 (PRO441W) Leyland Leopard Plaxton Supreme had arrived, its in preservation as PRO441W and preserved in all over National Travel White from the NBC Years!

Wildcats could live on though, in 4 legged form and of course in coaches as our next blog will feature the younger, more modern, wildcats of Teesside!

Enjoy a selection of pictures from my small feature of Teesside Wildcats and check back again for our next blog!

One thought on “Wild Cats in Teesside – The Leylands”